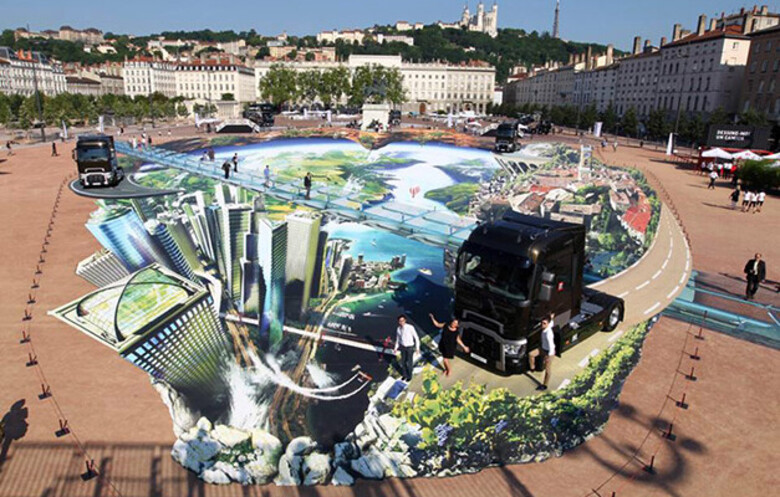 The largest anamorphic print is 4,227.50 m² (45,504.25 ft²) and was commissioned by Renault Trucks (France) and realised by François Abélanet (France) in Lyon, France, on 6 July 2013. The print was made up of 25 separate pieces which had to be sewn together and took five months to create from design to realisation. The image depicted is an aerial view of a city and a rural area with a glass bridge crossing both. The aim was to show trucks in city and country environments.